Mobe Review – Is It A Scam By Matt Lloyd?

(All content about MOBE will be in past tense as it had been shut down by the Federal Trade Commission, FTC in the year of 2018)

MOBE, “My Online Business Education” in short, was a high-ticket online business training programme, founded by Matthew Lloyd McPhee, also known as Matt Lloyd in the year 2011.  It was a programme that educates folks, especially entrepreneurs and small business owner, on ways to start up online business in order to get a steady income through the internet. According to MOBE, the customers or members could earn more than $100K within the first year.

MOBE provided many courses and assistants that includes online training products like video or text format, services like 1-on-1 coaching, live training event, and exclusive mastermind group. They also offered a platform in their website for customers to shop for the displayed products, which were both MOBE’s, as well as those that were owned by the customers. In other words, MOBE customer were able to display and promote their very own products in the marketplace of MOBE. 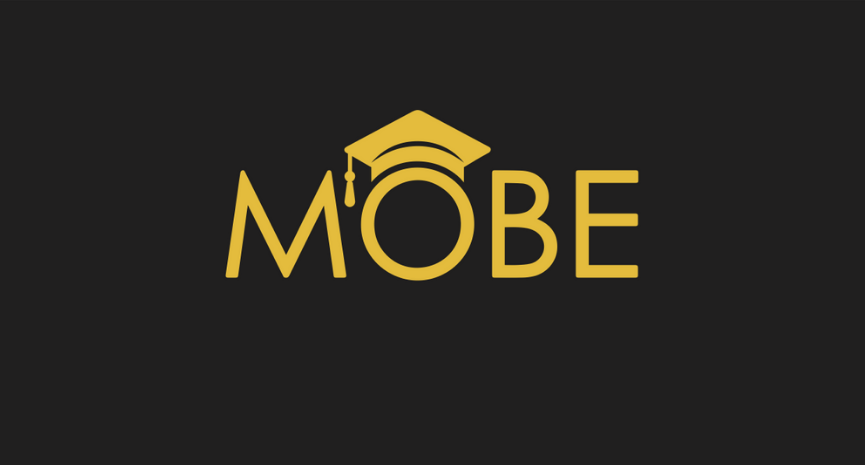 What are the courses that MOBE offered?

MOBE offered different varieties of courses, catering for people with different needs. It was generally classified into 2 categories, one that involved in online business, and the other aided more in ways for self-development.

MOBE worked like a Multi-Level Marketing (MLM) company. They used the affiliate marketing business model to promote their products. First of all, MOBE customers, or they would call “affiliates”, could earn money from selling the courses that MOBE provided with the commission of 10-50% of product price. They could do this by themselves, or they could rely on the Sales Partner Programme (SPP). However, MOBE mainly focused on the second method of income that is the MOBE Compensation Plan. This is where the affiliates recruit members to be under their hierarchy, becoming a “MOBE consultant”. The later basically indicates that MOBE was MLM in disguise as the affiliates could earn from the referrals, and also from the referral of their referral.

What is MOBE Compensation Plan?

Do I need to pay to get involved in this programme?

The answer is yes, and in fact, you do need to pay a huge sum of money before you can earn some. However, it is fortunate for us that this is already in the past and I shall let you know the reason why later on.

First of all, to be a part of MOBE, the customers needed to pay 49$ for the introductory course ‘My Top Tier Business (MTTB)’, but that’s not all. One was only eligible to sell a MOBE product after buying it. This could cost from $20 to a few thousand dollars. Besides that, the affiliates who wanted to be a official Consultant had to pay for the $19.95 per month for Standard License Right.

Last but not least, the part where the affiliates needed to spend the most is on the MOBE Compensation Plan, also known as the 21-step course. The table below shows the membership (upsells) levels and the price of each and every level.

Nonetheless, if any of the members decided to terminate their membership, MOBE claimed to offer a 60-days money back guarantee.

NO, because it was, and still is a SCAM! According to the feedback of the students in this programme, it is a norm that the coaches would try to pressure them to purchase more MOBE products. Other than that, some of the courses that MOBE offered like ‘Leadership’ and ‘Public Speaking’ were claimed to be useless, and definitely comparable to those that are free of charge. In addition to that, many were not able to withdraw their money from MOBE even when they have the 60-days money back guarantee. Some might have still supported them, but after the incident with the Federal Trade Commission (FTC), MOBE is no doubt, considered a scam that caused tragedy to thousands of victims.

FTC made a press release on 11th of June, 2018, stating that they had filed a lawsuit to “charged three individuals for bilking more than $125,000,000 from thousands of consumers with a fraudulent business education programme…”, and apparently they have won the court case, proven that MOBE was indeed a scam, resulting in the shutdown of this black-hearted company. The following is part of Press Release released by FTC.

If I were a MOBE customer and now that it has been closed down, can I still get a refund?

Unfortunately, there is no direct portal that the affiliates can claim from. All they can do now is to wait for the portal to open up for customers to file for a refund. Furthermore, refund would most likely only be the mere $49 starting membership that the affiliates paid, but not the “substantial returns” from the investments that were falsely promised.

MOBE was selling products which costed quite an enormous sum of money, ranging from around 20 dollars all the way up to 30 thousand dollars. The costs of these products might have been a little over the board from the consumers’ point of view. However, when you are standing in the affiliates’ shoes, you would be more than happy as this high amount of money spent by the customers meant high commission earned. That was why MOBE confidently claimed that the affiliates in their programme could make up to 10 thousand dollars in each sale.

Nonetheless, in spite of the fact that selling high-ticket products is a great way to make lots of money if you know how to do it, it is not encouraged when you need to spend thousands of dollars to purchase these products yourself.

MOBE had provided many different types of programme such as online and offline training, masterminds, live events, webinars, so on and so forth. This actually catered to different people with different interests. In addition to that, there were also classes for self-development which was beneficial to the customers, especially those who long to improve themselves for a better future.

The Phone Sales Team, known as the Sales Partner Programme (SPP), is a team of professionals who assist the affiliates with the promotion of products, this is a very helpful system especially for these two groups of people, the ones who are not talented in the ‘public relation’ section, and those who are too busy with other work and studies. In other words, one could literally earn that 4 to 5 figure commission without doing much.

MOBE had created a platform for the affiliates know more people who are in the same field as they organised quite a number of Live seminars and events. Through this not only will they learn from each other, as well as the gurus who are far more experience, but also exchange ideas and strategies. Moreover, networking is actually one of the important aspects in business as these contacts you have now, could really help you in the future.

The Coaches, who aren’t even real “coaches”. A more accurate term for them are “salesperson” because all they ever do for their clients is try to manipulate and sell higher memberships to earn a big commission for themselves. MOBE was well-known to advertise providing a business coach or mentor that will guide and assist you with the running of your own online business, but it was later known that these “coaches” were hired only to convince their clients to spend more money on MOBE. Needless to say, MOBE was not the only program who cons their clients this way – other programs are also known to do the same thing. Always remember, personal coaches will never work if they can make money from you because in the end of things, that is all that really matters to them.

The way some of the MOBE employees were promoting the program

Next, was the way some of the MOBE employees were promoting the program. These members would advertise MOBE via several websites using different names, such as My Online Business Empire, My 21-Step System and My Top Tier Business – mainly claiming that you could immediately begin earning money the instant you sign up. The issue was that they never really mentioned what you were actually buying from them, which turned out to be the rights to join MOBE’s schemes.

The hype MOBE got from all their employees

Another clear warning sign from MOBE, was the hype it got from all their employees. They were basically selling a too-good-to-be-true dream of which earning money online was a piece of cake, as long as you bought into their program, which obviously was not true. MOBE’s top earners and affiliates would say pretty much anything to boost sales and earn money – even lying about it being “risk-free” and “completely refundable”.

The immense number of complaints

One of the most obvious signs were the immense number of complaints they were receiving from the public. Not long after they were released in 2011, they were deemed untrustworthy by several sources, including in the Better Business Bureau website which gave them a well-deserved “F” rating!

MOBE’s insanely expensive upsells of their training courses made it an obvious sham, as it was definitely not worth the price you had to pay for. People would only pay for it just to earn money by reselling it to other people. The training courses were not valued as they were stated by the following affiliates.

Lastly, one of the most clear-cut signs was the suggestions made by MOBE affiliates to take out loans and to raise limits on existing credit cards, just to pay for the following membership fees. MOBE coaches would tell their clients that most of their earnings would come from Diamond, Titanium and Platinum conference points and not Silver points. Whenever a client would get doubtful the coaches would just say “Don’t ask for the price of the shovel, when you are digging for gold”. It was completely unethical.

If we travel back in time, I would not join or recommend MOBE at all. This pyramid scheme strongly suggested that it was a scam, and the rule of making affiliates purchase their products to be allowed to sell it made it look really suspicious. Furthermore, the excessive cons over the pros really tells us a thing or two. In conclusion, what we learn from this scam is that all of us should be very careful in industry like this where we need to invest our hard earn money into it, and a great way to do so is to list down the pros and cons, comparing them to see which outweighs the other before we make the decision. 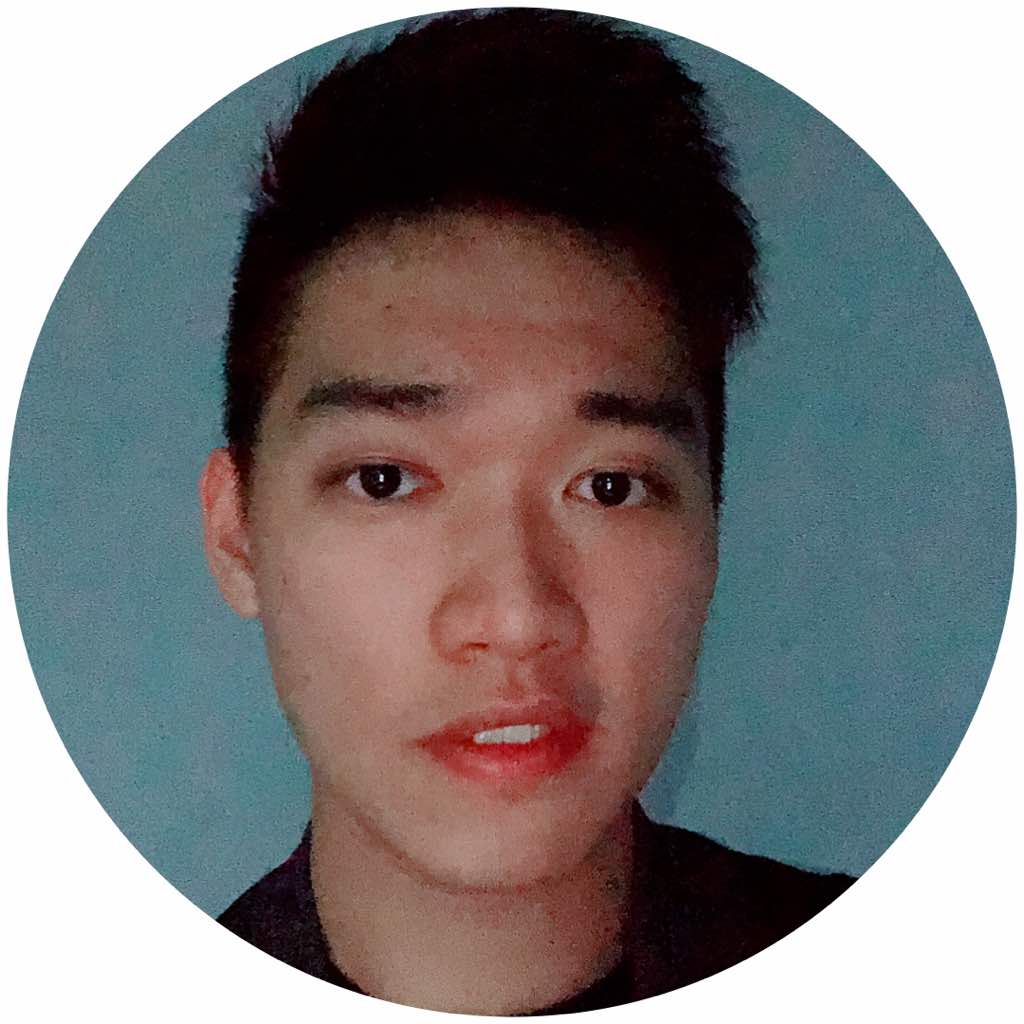 The privileged of building and running online businesses has allowed me to live life on my own terms. The goal of this blog is to help you achieve financial freedom with passive income streams so you could do whatever you like, whenever you like, without having to worry about money. You would still have to put in the effort, but hopefully with guidance, it will be a much easier route for you.